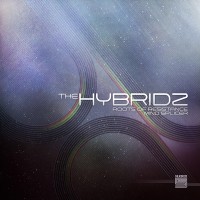 This release features a new duo entitled – The Hybridz. This is the duos first release on the label and you can find some more info on them below.

The duo entitled “The Hybridz” was formed in early Jan 2011 and encompasses two simplistic minds from the furthermost corners of the earth – Australia & Brazil. Having only recently meet through, Jefferson’s (Integration Now) release on Jamie’s (Forge) label – Silk Recordings, the pair had very similar tastes in music and the direction they each wanted to take there own sound in. Not sticking to one tempo and experimenting with all types of time signatures and beat patterns “The Hybridz” stands for deep experimentation and a simple but melancholic and bass driven sound with no boundaries.

Their first official release is due out in the next few months on GBDA, which is a sub-label of the mighty “Peer Pressure Records” located in the USA. The release will be available on 12″ and a digital release date will be soon to follow. The next release is a digital single on Silk Recordings followed by a 12″ single due out in the 2nd half of the year. Following on from this a E.P of dubstep/garage tunes on 12″ and digital by brand new dubstep label – Solace Records. With many more releases to be confirmed keep an eye out in the record store for the duos signature sound.

Both artists still have heavy release schedules on there own, with labels ranging from the likes of Darkestral, Silk Rec, Something Deep & Extent VIP to name a few, this duo is set to busy over the next few months with literally some genre bending music to be released.

The Hybridz – Roots Of Resistance

With a strong dub flavor and heavy sub, this tune takes no prisoners. Minimal and rolling beats keep the tune together and are accompanied with some strong percussion and eerie synth melodies. A well-rounded vocal sample complements the dub vibe of the track. Currently supported by Loxy, Nether, Forge, Balistics and many more.

A new direction and sound for the duo, this track lifts of with a epic intro and soon dissolves into glassy atmospherics and deep pads. Interesting percussion weaves it’s way throughout the track, while subtle fx and bass complement the deep vibes that run throughout. With it’s hypnotic vibe this track is something you will keep playing over and over again.