Ghostek and his MARCH’85 imprint shows us whats in store for the labels free debut L.P release….

After having carved a name for himself across the Russian electronic landscape, Russian atmospheric bass explorer – Ghostek, eyes up his imminent global takeover. I had a chance to check out his latest Various Artist L.P and have a quick chat with him about his upcoming global domination plans. This is Ghostek’s first ever official interview and I’m really happy to have him speak to me about the music, his inspirations, producing and of course the release!

Having been involved in the EDM scene for a while now and racking up a great number of successful releases already, he has been one to watch. Personally, i know his sounds and music have influenced even my own productions from time to time.

Once i had the L.P in my grasp, i excitedly dived in and found that overall, it’s an amazing collection of perfectly crafted music! All tracks work coherently and the L.P features a strong old skool theme running throughout, which takes me back to the early 90′s and late 80′s rave scene.

Upon playing the first track, Arctic’s – ‘King’, a wonderful array of squelchy acidic bass lines blend thru my mind like a time-warp fantasy. As i delve deeper into the release I’m reminiscing over old crunchy lo-fi samples and glitchy 909 and 808 drum kits. One of the strongest running vibes on the L.P is the heavy techno influence, with ‘Mortem’ being one of the darkest and moodiest techno driven pieces on the L.P. Now, the thing that really gets me with the techno influence on this releases is the hybrid between the 2-step / garage sound and the 4 x 4 techno beat, it’s really refreshing to see techno ideas and sounds being used in a raw and unique way. The use of percussion and old skool drum programming on the release is nothing short of amazing, every track has it’s own original flavor and take on drum edits and ‘Fetch’ by Rommek is probably one of the best examples of this razor sharp programming that features on so many of the tunes.

Apart from the old skool, lo-fi vocal samples used, the L.P features many great vocal lines and hooks, one of my favorites would be the soulful – ‘Real Love’ by Squa & Kearney. And if you are looking for bass there is plenty of analogue square waves, toasty synth basses and warm subs to keep the speakers rattling all night long. I still can’t get over the fact that the L.P is free and the link to download it direct is at the bottom of this article.

So, in conclusion, i loved the L.P so much, Ghostek let me mix the L.P and do my own live rendition of the release. You can stream or download the mix here from the labels soundcloud page:

1. The L.P features a lot of artists, where did you find all these people and are they all based in Russia?

I found most of the producers featured on soundcloud. I always use soundcloud for finding new music and artists, i think this is the most powerful tool for that purpose! And most of these guys are from the UK

2. Tell us a little about the idea / philosophy behind the initial concept for the release?

The initial idea for the release was to show the sound I’m into now. Some techno / house business and to show the world some of the producers which work i follow currently, attract some attention to them and their music. That’s why it’s free.

3. You have 2 tracks on the release, what are the differences between the artist names and tracks you have used on the release as they are both produced by you?

First off, Ghostek is the darkest part of me so is the music i make under this name. Arthur Berlinn is more brighter stuff / more housey with some classic elements like 808. Berlinn Project is my honor to Irving Berlin – CLICK HERE TO FIND OUT MORE INFO ABOUT IRVING BERLIN

4. What inspires you to make music and keep on creating these sounds?

There are too many things that inspire me to produce music. It can be anything in the world! It could be a song / track / sound i suddenly heard in the street or any other place / it can be some personal feelings or some social problems. So lots of things can inspire, especially when you have something to tell the world.

5. Currently what kind of setup are you producing music on?

lol. My set up for now is my old Samsung laptop and Korg Nanokontrol. I’ve been moving a lot lately (like i lived in 4 cities in the last 6 months) so i don’t have an opportunity to have lots of gear atm. Hope that this will change soon!

6. If we step back a bit, how long have you been making music for and what got you into production initially?

I’ve been making music for more than 5 years already. I remember some guy brought my roommate fl studio and i was like this can’t be real, you can make sounds yourself! So that was the start. When i got my first PC the first thing was that i installed fl studio. I’ve changed several DAWs and names since then

7. Tell me what are your favorite 3 releases of the last 12 months?

8. What plans have you got for the year ahead and what are you currently working on?

This year i plan to do some gigs and release my LP with my best garagey tunes. Also i’m working on a sample pack (more info soon).

9. Tell us something about yourself that nobody knows?

hmmm…I think I’m humble, i smoke a lot, and i don’t like vodka lol

I want to big up these great people: Jamie Forge, Johnny Sipp, Nicole Coma, Olga Kalitkina, Myztical, Jorn from Other Heights, Nikita Endwise, Mikhail Linde, and everyone who took part in this compilation! You know who you are! 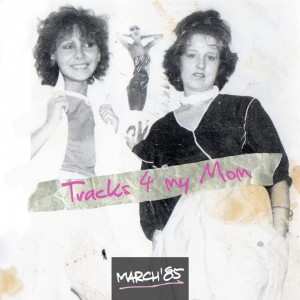 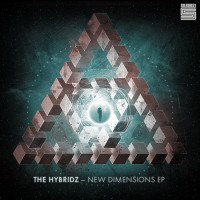