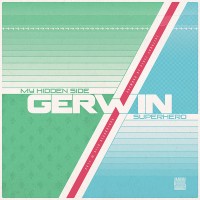 Silk are very proud to announce our 23rd release. We have secured tracks from one of the scenes biggest breakthrough artists – Gerwin. Having just had a slew of releases out on labels such as Deep Soul Music, Breakfast Audio, Respect and Absys just to name a few. Gerwin also took out 1st place in Knowledge Magazines Remix Competition of Seba’s ‘Painted Sky’ track and it was very well deserved.

This is Gerwin’s debut on Silk and it’s an absolute stormer. These tracks will appeal to a wide range of listners as both tracks have a unique flavor with each track representing a different style in the d&b spectrum. It’s fair to say that Gerwin has got both these styles nailed down.

‘Superhero’ is the more laid back and deeper track of the release. With slick drum patterns, glistening pads and atmospherics all come together in a sublime musical sense. A soothing vocal whisps in and out of the track while piano’s keep the uplifitng theme throughout. A track that can be played anytime during a clubnight or on your ipdod at home.

Gerwin – My Hidden Side

The flip is a track entitiled ‘My Hidden Side’ and incorporates all of the heavy and nasty bits you would expect from a dancefloor roller. As the track suggests, Gerwin strays far away from his usual melodic and emotional minimal tunes into a massive dancefloor roller that is sure to please even the biggest of heads. A short intro heads straight into steppy beats lashed with percusssion and a vocal that sends chills down your spine. A massive bassline throws down the pressure and the arrangment works perfectly for the DJ. One of the biggest tracks we have released this year, kills any dance guranteed.